Just released our Smart Howl App for Android. It is designed for mute People or People having problems with speaking. The Application let’s you talk with someone via Text-to-Speech. You can say already stored Texts or build new Sentences by simply drag and drop the Text you need.

Here’s an example Video of how you can use it:

New Features are already planned and are coming soon.

The Demo and Full Version will be up on Google Play soon.

Please check out our Smart Howl Page for more Details on this Product. 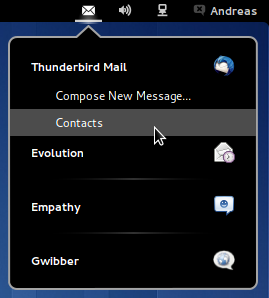 This is a little open-Source Tool for Linux I wrote a fear Years back. To be more exact, it’s an Graphical User Interface for the Unix Command “dd“. You can easily select the Input- and Outputstream, so you can clone or image your Hard-drive or Partition. The latest Version 0.8 supports compressed Images.

Wikipedia: “dd is a common Unix program whose primary purpose is the low-level copying and conversion of raw data.”

The original Project with Code, Binaries and Deb-Files for Ubuntu/Debian was hosted on Launchpad, but never saw any changes from the Community besides Translations. So, we made a GitHub Repository to provide easier access.